I have a few USB flash drives that are formatted with an NTFS file system which I use in my office when working on my Windows machine there. I work off of these flash drives to be able to easily access my development work while on the go by just ejecting the drive and taking it with me, then inserting them into my Windows machine at home and being exactly where I left off in the office. I recently purchased a beefy new Macbook Pro and want to be able to work from those same flash drives on it. Problem is that by default OS X mounts NTFS drives in read only mode.

I searched google for solutions, but most partially worked or were outdated. The easiest one and also the one that worked for me was this: 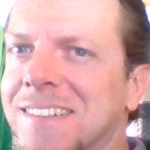